Beyond the « architectural love at the first sight »          Marie Valentine is truly a house for living and for sharing.  It was for us just the  right « place to concretize » our project of guest-house.

We founded Villa Marie Valentine in the heart of the Vosges, at he core of the economic and touristic centre (Gerardmer, Epinal, Remiremont, Saint-Die des Vosges)… 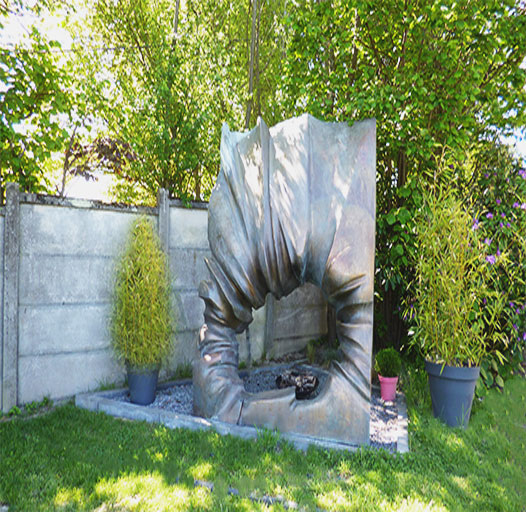 In the 30’s the textile industry was in full swing when 240 factories were counting 40 000 employees to produce linen but also cotton fabrics for home linen and clothing. The (rich) industrial Hatton & Conroy families gounded both a spinning and weaving mill in Lépanges sur Vologne. In 1934 Mrs Marie Hatton and Mr. Henry Conroy married their daughter Jeanne to Robert Saint Martin and provided the newly weds with their future home. At that time the bride was the richest heiress from Lothrigen. Construction started in 1934 and was over in 1936 according to the Adelbrecht architect’s plans. It should have been named Villa Saint Martin but actually did not. Nethertheless you can easily distinguish the V of villa and M of Martin in the ironwork of the main front door that we decided to keep after full renovation.

The house also gathers an historical masterpiece from deceased Jutta Cuny that designed her own fireplace frame cast in bronze. The artist is exhibited in the US, in Sydney as well as in Japan. Even her works have been splitted all over the World, the major part have been gathered by the Jutta Cuny Foundation hosted by the Kunstpalast Museum in Düsseldorf (Germany).

The architects (Adelbrecht & Son) who designed the Villa (Eugène [1878-1962] and Eugène-Jean [1903-1944] had very little working collaboration between 1935 and 1944. They designed another Villa Saint-Martin that still exists today in Marckolsheim (former hunting lodge delivered in 1934). 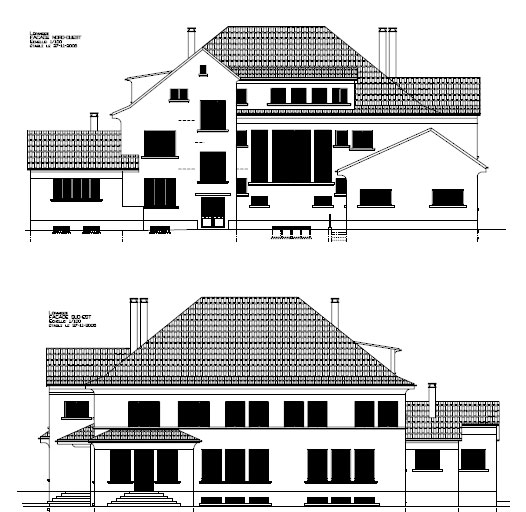 The house was built according to technical processes coming from the US; the structure is made in concrete without bearing walls but resting on pillars on the model of the American buildings. At that time the villa was a “modern house” as the architect Mallet-Stevens used to name the Villa Cavrois he designed in Croix (North of France). Every single room, including the ones dedicated to the domestic staff, is fitted with a bathroom. Moreover the electricity or phone lines, as well as the gutters are embedded thus made invisible. All the rooms are decorated with noble materials such as Comblanchien limestone, parquet floor, terrazzo, large windows and stained glass widows.

At that time the large 6000 sqm park was planted with oaks, birch trees, cedars but also exotical palm trees heated by fires in winter to preserve them from tough winters in the Vosges. The Family Conroy-Saint Martin raised their 3 daughters in the villa and set up there the executive office (today the living room with fireplace). Employees could enter the executive office via a dedicated door to get their monthly salary, without having to enter the villa directly.

The villa incorporates some architectural relevant codes of the Villa Cavrois (Croix-North of France) as well as of the Villa Noailles (Hyères – French Riviera). It also follows the concept of “functional house” defined by the architect-designer Charlotte Perriand … However there is one unanswered question remaining : did Adelbrecht & Son meet their fellow architect Mallet-Stevens or did the Saint Martin family visit the Cavrois family (dealing also with textile industry) to be later inspired ? 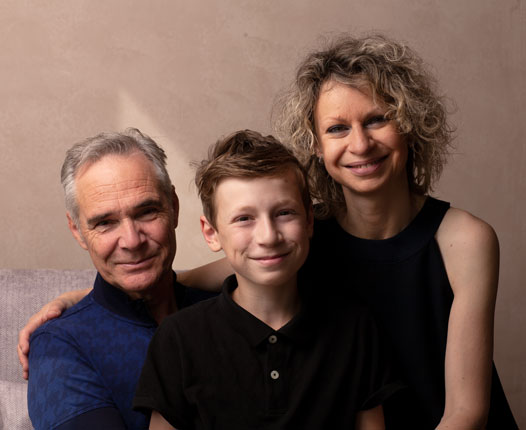 In 2014 Corinne & Gilles left Lyon to buy the villa they had just fell in love with. Everything was making sense for them :

After a few years of works, the first guest-house room is to be open during first semester of 2021. When the works have not been made by themselves, Corinne & Gilles collaborated with local craftsmen. They also endeavoured to use materials or equipments made in France or even in the region itself when possible. For example the beds have been tailor-made in Gerardmer, the bed-linen is coming from local weaving mills, glassware is coming from La Rochère and some tailor-made wallpapers are coming from Lyon…

We are expecting telling you more about the story of   Marie Valentine during your next stay with us !

For availibility, price or any other request please fullfil and send the following formular.

We can speak English, German,      Italian and of course French